"Dutch Goose", Hog Maw, or whatever else you want to call it but it's still Pig Stomach

We enjoyed a wonderful Christmas day together. Started off at church and then home to do some cooking.
Here is the Colonel Mustard making a Grilled Crostini with Brie, Prosciutto, Arugula and Figs.
We made the bread earlier - an italian bread called pugliese. We started Christmas eve making the biga and finished it in the morning before church. Very good.
He made a few with a pesto brie (that I had gotten at Jungle Jim's) and the rest with regular brie, and truthfully I didn't like the pesto brie, so I won't be trying any more fancy bries - give me plain and I will dress it up myself or eat it by itself. 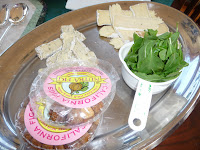 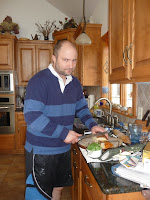 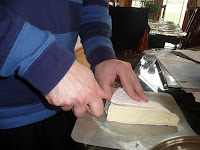 I made soup, a spinach tortellini soup. I made the tortellini Christmas eve, so it was pretty easy to throw together. The broth was just a boxed broth labeled tuscany broth, but it was very good and then I just tossed in the tortellini and topped with parsley. Delicious.
Vanilla Bean made a "dutch goose" or hog maw or whatever you want to call it. Straight up it is stuffed pig stomach. We have been talking about having pig stomach for Christmas dinner for a number of years so strange as it may seem, it was with great excitement that it was served up this year. It was good and served with a gravy and garnished with parsley, cranberries, and orange slices. Tasty. 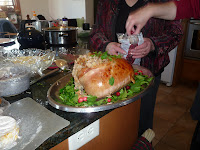 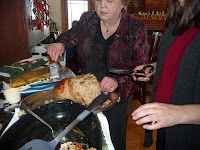 We had gotten it pre-stuffed, and decided sometime we will have to stuff it ourselves. This stuffing had sausage, potatoes, onions and bread stuffing, which I think I would prefer it without the bread, so some day we will try it ourselves and I think I will try it with cabbage too.
Mom fixed a rhubarb raspberry roly-poly and english custard sauce. Fabulous. 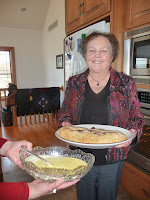 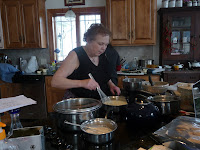 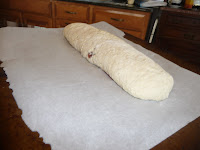 Dad meticulously made red velvet cake, which he cut into 4 layers and frosted with a delicious buttercream frosting. Decadent. 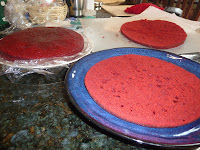 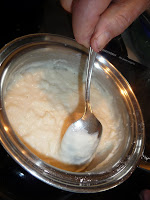 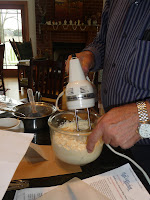 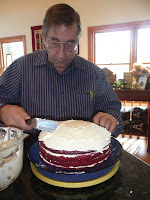 The first course of soup and grilled crostini. 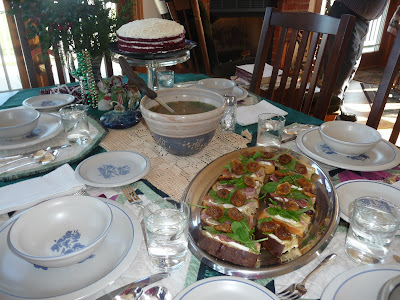 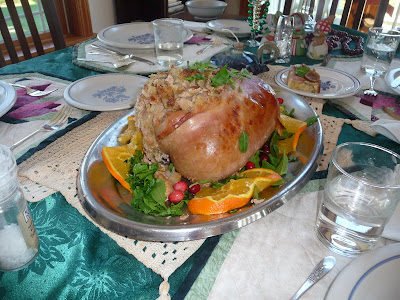 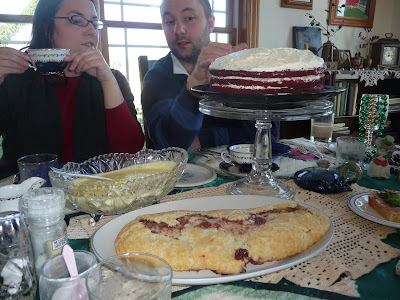 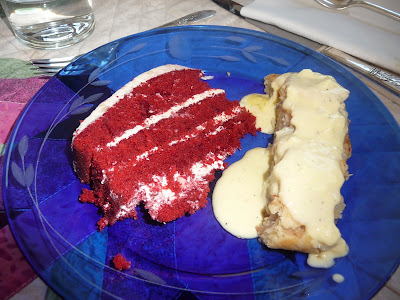 And for something different a little chai bubble tea. 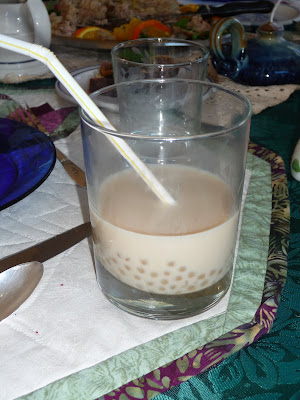