Harlequin- a buffoon in parti-colored tights

When Mom came to visit this past weekend, she brought the most marvelous cake along - a very elegant and relatively simple cake to make.  A little something extra special for a celebration!

The base of the cake was a chocolate cake made with only 3 T of cocoa.  Unfortunately, I don't have the recipe for this, but I am sure another type of cake would taste nice as well.

Next you mix up the whipped cream topping. We used heavy whipping cream with 3 T sugar whipped until it had stiff peaks.  If you've never made your own whipped cream, you'll find it has a very nice, not too sweet, taste and is well worth making from scratch if you have a mixer.  Just don't beat it so far it goes grainy and separates out into butter and buttermilk.  Reserve a third of the whipped cream for  piping like frosting. The cake was spread over with the whipped topping like a layer of frosting. Then the reserved whipped cream was used to draw four lines across the cake in one direction  and then turned 90 degrees and another four lines drawn to create a cross-hatch pattern. Lastly, a circle was drawn around the outside edge of the cake.

Into  squares formed by the cross-hatch, carefully spoon the pie fillings in alternating squares to create the "parti-colored" pattern. We used strawberry and blueberry. 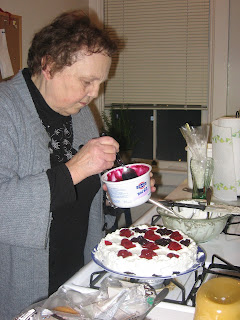 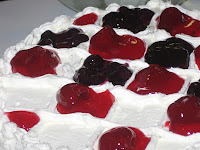 Posted by Vanilla Bean at 11:34 AM No comments:

In Memory of Midge 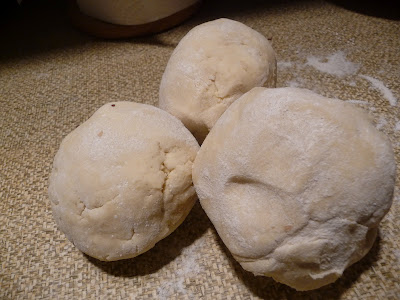 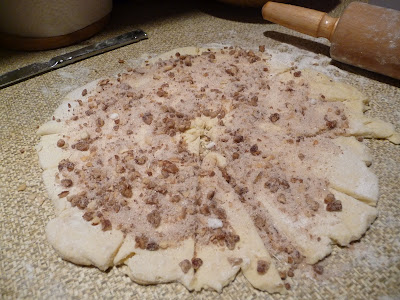 Topped with nuts and sugar. 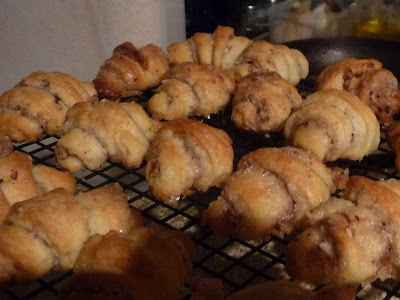 Rolled up in crescents and baked.
Well Midge, I feel better already, just a few more things on my stack that I've been putting off.
Posted by Tinbugs at 5:02 PM 2 comments: Links to this post