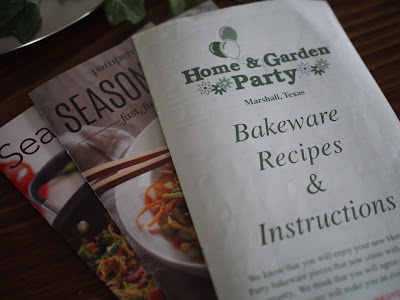 As I was looking through my cookbooks, I came across  a few that particularly remind me of friends. So today in honor of them, today I have chosen a thin little "pamphlet" some might call it.  I am not sure I would entirely call it a cookbook, but it is stored with my cookbooks because it has recipes in it.  It came with a stoneware casserole dish I purchased a number of years ago at a friend's party.  The dish broke some time ago, long enough ago, I don't even remember how.  My friend who had the party died of cancer eight or nine years ago and when I pulled it out it made me think of her.  I miss her kind heart, sweet words, and smiling face.  When I had a period of time when I wasn't able to drive, she would frequently send her son to take me places, whether it was to church, or to get home from somewhere, or even to get to and from youth group. 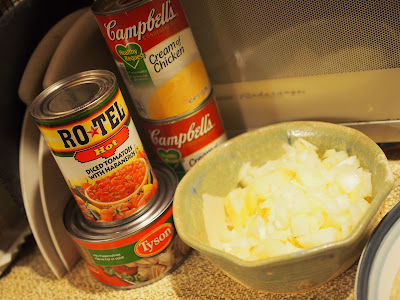 So for today's post I looked through that little pamphlet and chose "Mexican Enchilada Casserole", truthfully it is not really a typical recipe for me, because though they taste very good I try to avoid recipes that take cream soups and this one takes two.  It turned out good, but I would serve it with sour cream or use regular Rotel tomatoes rather than hot, because it has a bit of a kick.  However if you like spicy that is fine.  It is a rather easy recipe and would be good for an easy dinner with friends.

First you layer quartered tortillas.  Then layer it with onions, chicken, cheese, and the sauce (which is made of the cream soups, Rotel, and chicken broth).  Another layer of tortillas, and so on, until you end with tortillas and an extra layer of cheese.  Bake for an hour, and it is ready to eat. 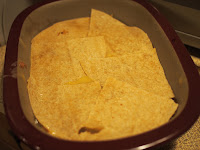 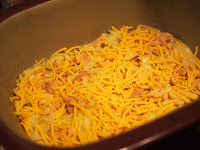 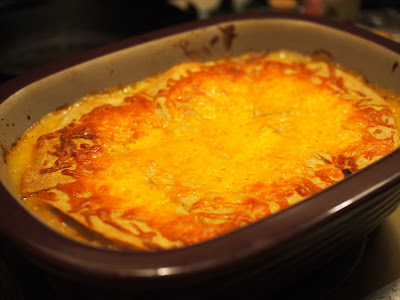