B is for.....Beach City Firemen's Cookbook 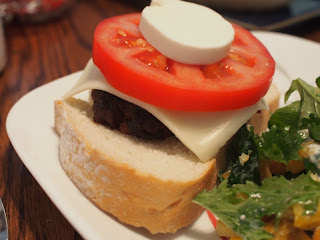 This cookbook is not one I have utilized much, I haven't had it more than 3-4 years and purchased it mostly for nostalgic value.  It reminds me of summer days as a child.  We lived outside of town and most of our trips to town were for milk, the bank, or the occasional video rental, but we were close enough we could always hear the fire whistle when it went off and if the ambulance or firetruck came out of the south side of town we would dash to the window or the backyard where we would catch glimpses of their flashing lights if they made it out to the main highway.  The days I remember most though, when I look at this cookbook, are late summer Saturdays when we would hear a menagerie of sirens and whistles coming from town and we would run to find mom and remind her that we had forgotten or missed the sign announcing the firemen's dinner yet again and could we go get chicken.  Most times, we would be told to freshen up and hurriedly pile in the van and make our way to town for chicken, saving mom from having to make dinner and giving dad an opportunity to visit with some of the locals in town. 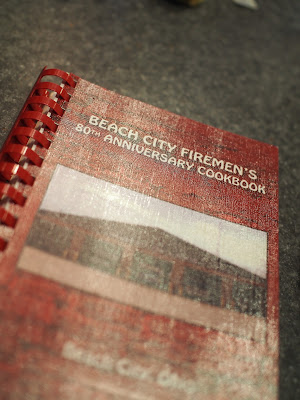 The last time I happened to be at mom and dad's on a Saturday like that, it was held at the new park where the old school had been torn down and they had games for the kids and a car show.  At one of the tables they were selling these cookbooks so I decided to get one.  Yesterday while visiting my dear friend Holly, another friend called about having an evening of supper and cards and Holly why don't you all just come here, so I cooked supper at Holly's and we then finished the evening with a game of Hand and Foot.  After looking for a recipe a little I opted for Pizza-in-a-Burger and threw together a salad to go with it.  It was pretty good, but I forgot to add the parmesan and they fell apart rather easy, but we still ate them up pretty readily.

I may have lost at cards, but we had a good evening together.